The Scars of Bullying and Child Abuse

These are the adult scars of child-abuse; of a childhood controlled by a psychopath, and the bullying that ensued in the schoolyard because I was different. The ones you can't see are much worse.

This scar happened some 45 years ago when I was 4 years old. I had only been back in Australia with my parents for less than a year after life-saving surgery in Italy. My mother worked as a primary school teacher, my father worked night shift, and so I spent the days with him. I now know my father was a psychopath, but back then I was his adoring pre-school age daughter. The dark side of my father was first revealed to me some months earlier. I have a clear memory of my grandmother gathering me into her arms, running to the bathroom and locking the door while my father pounded on it, screaming he was going to kill me, at that time I was only 3. This rage started to happen regularly anytime someone commented on what a pretty child I was. 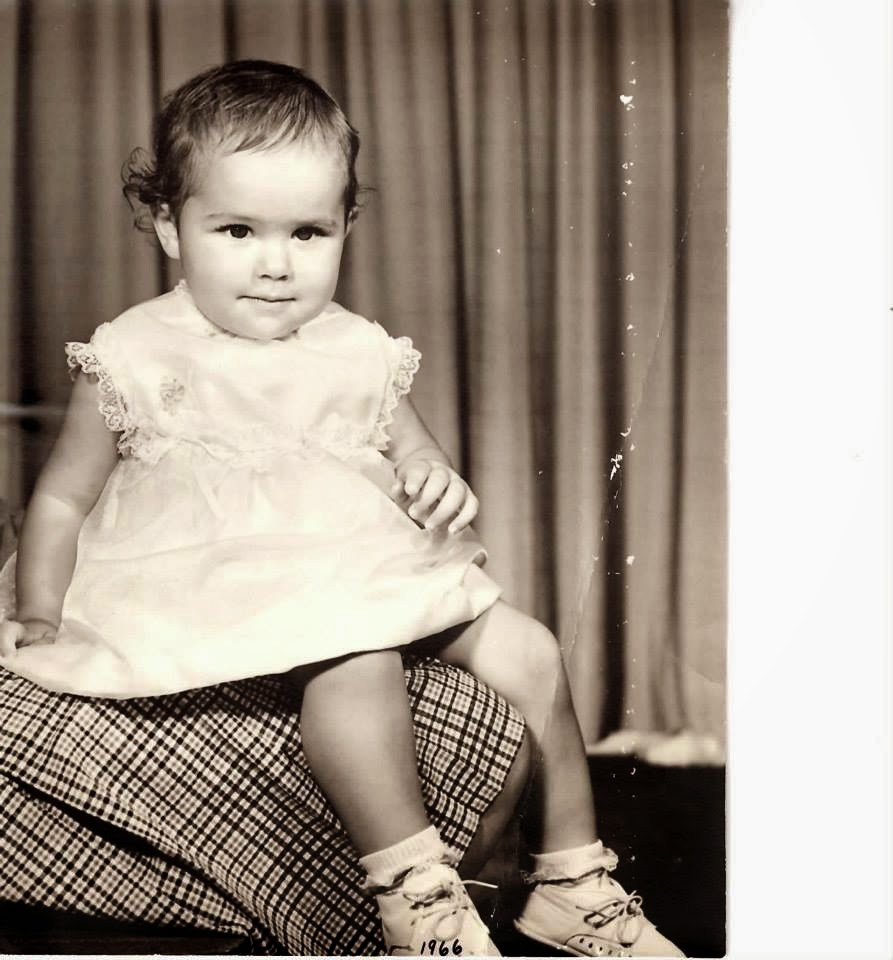 On the day I got this scar, we had been grocery shopping. There was a crate of soft-drink bottles on the floor in the back seat of the car next to me. My father told me to stay in the car while he took the groceries in. I waited and waited, but I wanted to help. I got out of the car and took a glass bottle of lemonade with me, carrying it carefully in my arms. I remember it was a dark green glass and the bottle felt heavy.

The last thing I remember before the blood, was as I approached the screen door. My father was coming out, he saw me carrying the bottle and roared at me for disobeying him. I remember freezing as he grabbed the bottle, raised it and swung it at my face. I remember putting my hands up in front of me. Then everything went black. When I came to, I was standing. My dad was wrapping me in towels and I remember fountains of blood running down my body and spurting out of my right wrist; the towels turned instantly red. I heard myself ask:

"Daddy, am I going to die," though my voice sounded funny, probably because half my lip was detached and there was a gaping hole in my face.

Then my father punched me and knocked me out.

The next thing I remember was waking up in emergency, doctors all around, my mother crying her eyes out at the end of the bed, my father looking down, at me. I heard my mother ask through tears,

"How could you let her carry such a big bottle, you know she is clumsy." 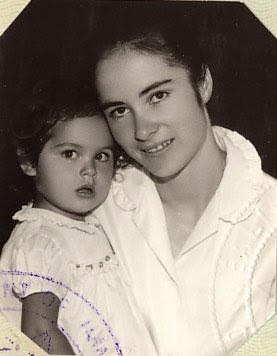 I never told, I wore my scar as a badge of my supposed clumsiness, and took the bullying when children ridiculed me for having a mustache scar, or being 'it' - neither a girl or a boy, just a thing. I resisted all attempts by my family to have it surgically repaired or covered up, it was part of me, part of my journey and I knew every time my father looked at me it would silently remind him of what he had done.

Over the next 15 years I watched as my father drove my mother to madness through his violence and control; how she eventually became an accomplice, ruining our childhood through emotional, mental, physical and sexual abuse.

This story is hard to tell, but I tell it because hundreds of people knew this was happening. My father was a violent psychopath, beating men almost to death and yet was never arrested. Family and friends knew this, I imagine doctors at the very least suspected, and yet nobody did anything.

My father's bullying behavior in the workplace meant he didn't keep jobs in one place for long; not because he was sacked. He was too productive a worker for that. They would just move him to another contract, another mine, another town. Dad would be charming to start, and his productivity was so impressive he was always paid well, thought the gambling meant we never saw much of it. He had a nick-name in the Snowy Hydro-Electric Scheme - Nero - for his black temper, and reputation for beating all-comers in street fights. 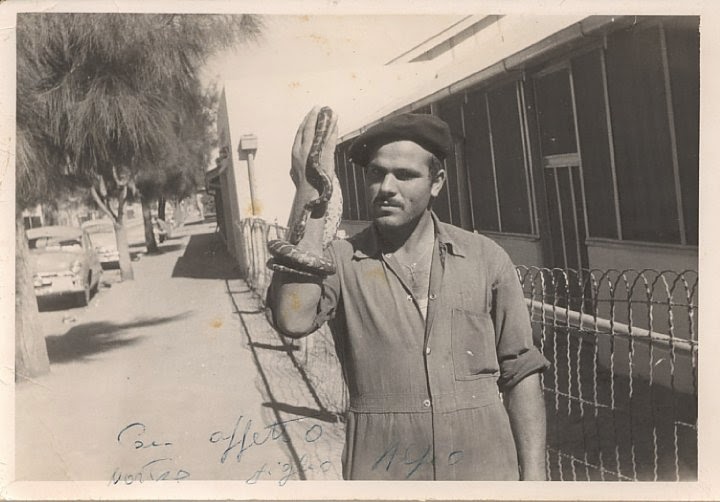 My father was protected by a society that worships superhuman strength, record breaking productivity and compartmentalizes that from the damage that bullies do to their families, co-workers and communities.

My father is now 80 years old and suffering dementia, he has conveniently forgotten his crimes and blames everyone else for his poverty and loneliness.

You may read this and think he was a product of his upbringing, his genes, his socioeconomic class. My father was born the son of a self-made millionaire in Italy in the early 1930s. By age three the signs he was different were already apparent when he tried to murder his mother with a garden implement and was only stopped when his grandmother walked into the scene. He was physically talented, and highly intelligent with an infamous temper, who could flip on a dime and go from charming and warm to deadly.

WWII couldn't have helped as the violence he experienced as a young child at the hands of both the Nazis and US forces is beyond the comprehension of most of us. And yet his cousins experienced the same thing and none of them turned out like him.

I write this because bullying, domestic violence and child-abuse are being discussed on talk shows everywhere. Everyone has an opinion, but nobody seems to have a solution. 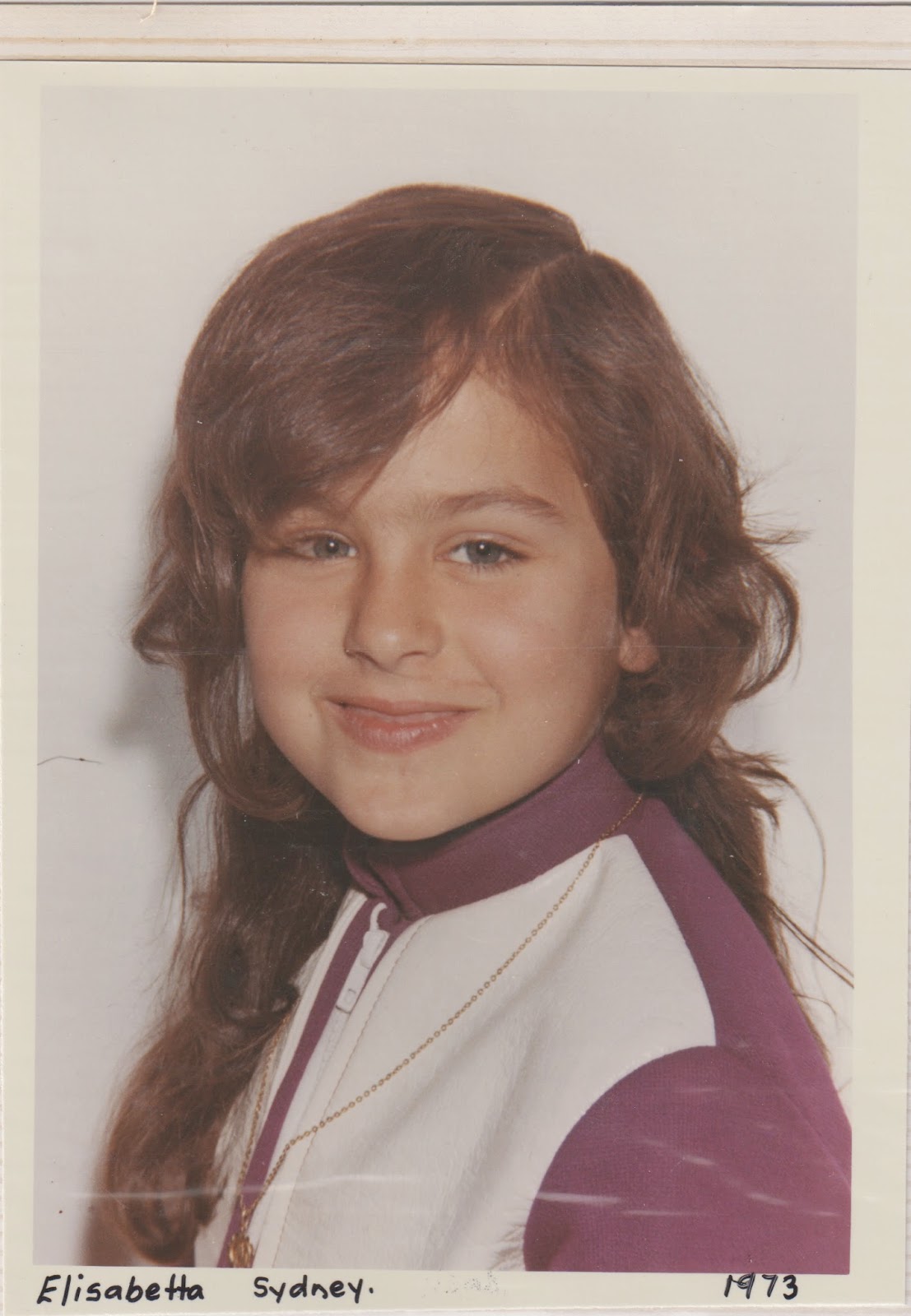 These experiences set me on a lifelong quest to understand human behavior and, along with the rare genetic condition I have, inspire me to keep searching for answers. So here's what I know to be true. Not as a theory, but as a reality:

Bullies, whether they are abusive parents, spouses, teachers, schoolyard children, politicians, professionals, blue collar workers or terrorists, only thrive on the energy we give them through our attention, fear and desire to appease them or cure them.

This is just what they want, and it is all they need.

Withdraw your energy. Become aloof to them, distance yourself in any way you can. Starve them of the financial means to thrive, if you have the power. In the workplace, close your doors to them, and do this without being drawn into an argument. Refuse to play, cut them out of your life, and document everything. Put it all on paper, dates, times, what happened, and photos if you can. Don't fool yourself into thinking you can beat them head on, you can't.

If you know someone is being victimized by a bully, offer to help the victim, support them to notify the authorities, but make sure everything is documented. If they say no, stay vigilant, there will be a moment when they need you. If it is a child, don't hesitate, report their abuser.

If you are the spouse of an abuser - you cannot fix them, you cannot cure them. That is up to them and it will only happen when all other forms of support are withdrawn and they are forced to look themselves in the mirror. But don't expect a miracle, the violent, psychopathic bully rarely changes.

Society - stop rewarding bullies with high incomes, flashy cars and positions of power and stop holding them up as roll-models. Look for the signs, and address them. Provide real programs to help anyone with rage issues learn better skills. Make your organization's culture a NO-Bully zone.

The Justice System - stop treating domestic violence as a lesser crime, prosecute regardless of whether the victim files a complaint or not.

Set this as an example to our children that might isn't right, and manipulation isn't good. There are plenty of constructive, non-violent productive people who were born as psychopaths. They are the ones whose families realized there was something different about them early on, and managed them with insight, not denial.They are the ones that learned about their psychological profile and understood the future that faced them if they didn't learn different behaviors.

When we say one thing, but do another, our children notice and they tend to copy what we do, not what we say. So, if you have anger issues and tend toward violence, don't justify it because you were beaten in childhood. That doesn't make it okay. Get help, talk about it, and change. Create a support system to keep your family safe from you. Own up to the problem, and then you can own up to the solution.

As long as we promote, justify, reward and overlook the behavior of bullies (whether they are wife-beaters, child abusers or the workplace tyrant) they will continue to thrive, and we are all to blame.

Elisabetta is the author of The Energy Bucket, The Energy Code, The Infidel and the upcoming books The DNA of Bullying, and Veritas.

Her books and articles are available from:

You can watch Elisabetta's videos on her channel: