Patient's First - why I started down the medicinal cannabis road... 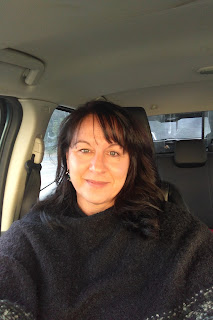 Back in 2012 a close family member experienced a very severe health crisis and one of our dearest friends suggested medicinal cannabis would help them. It wasn't legal then but it piqued my curiosity and I began my first deep dive into medicinal cannabis oils and what they could do to help. Not long after I was head-hunted to consult for the Mulloon Institute and within the year I had become its Interim General Manager. I spent the year neck deep in regenerative agriculture as General Manager of the Mulloon Institute, meeting pioneers like Michael Pollan, Nicole Foss, Alan Savoury, Peter Andrews, Michael Ableman and many more as we worked against the tide to instill sustainable farming techniques to preserve and build top-soil, improve the biological diversity and health of creeks and rivers, pastures and forests. My fascination with the hemp plant and its potential to revolutionise soil rehabilitation, carbon sequestration, paper production, fabrics, fibres and building materials grew and deepened.

In 2014 my first book was published that revealed the way our DNA is influenced by our environment, and proposed that if we want to change the world, and rise to face the looming energy, food and environmental crisis, we should first address how we use our own energy, how we consume energy in all aspects of our lives and then extend this awareness and behaviour change to our workplaces, communities, infrastructure and political structures.

By 2015, I had immersed myself in the potential presented by terpenes, those amazing molecules common to most plants, including cannabis, that punch way above their weight, and offer natural alternatives to the food, cleaning products and personal hygiene industries.

In 2016, this research had led me right back to medicinal cannabis, which in February of 2016 was legalised by the Commonwealth of Australia. That year I founded LeafCann and became a full-time medicinal cannabis professional. In the years since then I have testified at Senate hearings, contributed to submissions to the Therapeutic Goods Administration and Office of Drug Control in Australia, contributed to policy submissions to the Prime Minister of the UK, liaised with state and national governments in both hemispheres, spoken at numerous conferences around the globe and chaired standards committees for industry bodies in both the UK and Australia. I have chatted with the father of Medicinal Cannabis, Raphael Mechoulam, in Israel, corresponded with Did Meri, and sat on global conference panels with regulators from Uruguay, Croatia, Denmark, Israel, Canada, the US, Germany, Australia, New Zealand, Thailand and Ireland.

Back in 2019, I spent a wonderful afternoon with Emeritus Professor Roger Pertwee at Aberdeen University where he would confirm my own genetic mutation matched his mouse model for FAAH inhibition. The 'aha' moment from that encounter would confirm my own suspicion that this mutation had saved me from the worst ravages of my other genetic mutations.

Through all of this I have been empowered by a righteousness many find irritating and inconvenient, the need to end health induced poverty around the world, and empower patients to be able to access treatments that might otherwise be denied to them. Cannabis has been the leading wedge of that charge, but it equally applies to other plant-based and experimental therapies.

I could go on, but instead I want to share my recent presentation at the International Cannabis Business Conference (ICBC) in Berlin, where I represented the Australian industry at the invitation of Austrade and Global Vic. I was quite unwell at the time, and you can tell, but my passion for the topic overcomes these limitations. I was honoured to be able to explain the Australian difference, and the importance of keeping patients at the heart of what we do. I've seen the Canadian model driven by greed and square feet under cultivation that has destroyed investor value, IP and the credibility of the industry and I simply don't want it repeated anywhere else. The North American push for commercial production legalisation for adult use cannabis does not put patients or consumers first. Giving our industry to big tobacco, big alcohol or big pharma isn't the answer.

Here is the link to my presentation:Emerging Markets Panel ICBC Berlin July 2022

I'd love to hear your feedback.

Posted by Elisabetta L Faenza at 5:18 AM