Debunking the harmful myths around cannabis 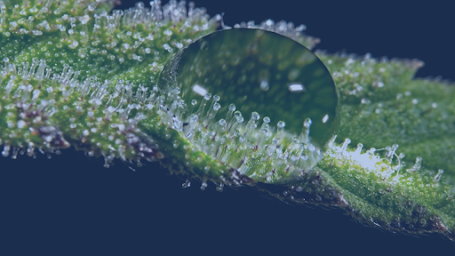 Perhaps no other plant causes as much debate as the cannabis plant. Its usage and popularity throughout the ages has led to it being branded a super medicine by some, stigmatised as an evil on society by others, and many other points of view within that spectrum.

Regardless of advances in research and the increasing evidence base which supports the use of medicinal cannabis, several myths and misconceptions persist and occasionally gain traction in the media. Some of these stories provide light entertainment while others unfortunately harm the reputation of cannabis as a medicine.

Dispelling the myths about the dangers of cannabis use

Cannabis can kill you

Although cannabis use in adults has been found to affect a person’s motor skills, attention span and short-term memory while intoxicated, it has been found that the differences between brain function of heavy users and that of non-users is minimal in the long term, with the results much better for cannabis users than those found for heavy users of alcohol and other illicit drugs.

There is a widely held misconception that cannabis, like alcohol, can kill brain cells. Heavy alcohol consumption, however, does damage the ends of neurons, making it difficult for them to relay messages to each other but does not kill brain cells.

The cannabis myth came about due to a few infamous animal experiments in which structural changes were said to be observed in brain cells of animals exposed to high doses of cannabis. Unfortunately, there are those that continue to cite the infamous RG Heath study using two Rhesus monkeys which has since been discredited. In fact, subsequent studies with more rigorous controls have found no evidence of alteration in the brains of monkeys.1

This is a much-contested claim about cannabis. There is no question that some cannabis users have experienced psychosis. However, what is becoming more apparent is that those who have experienced some form of psychosis have been found to have a susceptibility to it. Such susceptibilities may include a person’s genetic makeup, a history of child abuse, head injuries or infections, their socioeconomic status and other factors.

Although most experts agree that cannabis use alone doesn’t trigger psychosis or conditions such as bipolar disorder, there is a possibility it could trigger psychosis in those who already have the condition. Studies have also found that cannabis is the most commonly abused drug among those diagnosed with bipolar disorder.2 This abuse of cannabis may increase the chances of an adverse reaction over time. As a counterpoint, research is now showing that medicinal cannabis has a part to play in stabilising a patient’s mood and alleviating the symptoms of depression, and has started to be used in the treatment of schizophrenia and bipolar disorder under close supervision.

Vaporising is just as bad as smoking

Smoking is not accepted as a satisfactory delivery method for any medicine amongst the medical community. While the dangers of smoking cannabis are disputed, vaporising is considered a safer way to consume cannabis. Vaporising burns cannabis below its combustion temperature and therefore does not produce smoke, leaving the user to consume cannabis just as they would through other delivery methods such as oils, edibles and tablets.

The recent spate of deaths from recreational vaporiser use were the result of poorly constructed vaporisers containing unknown poisonous chemicals. This was due to unlicensed operators working outside the regulatory environment and without proper manufacturing processes in place. The majority of deaths and injuries incurred in the flavoured vape sector, and did not contain any cannabis products. Licensed medicinal cannabis manufacturers work to strict standards which provide assurance on the composition of each vaporiser and the content within them.

There are two elements to this misconception. Synthetic cannabis produced for medicinal purposes in a laboratory under good manufacturing practice (GMP) standards, and after thorough clinical investigation is likely safe to use. Each batch produced is tested to ensure it contains only what is written on the label.

However, synthetic cannabis produced for recreational use without the required checks and measures can be dangerous and should be avoided. These products are mass produced in a process that produces a liquid chemical cocktail, which is mixed with dry vegetation for the purpose of smoking. The whole process occurs with no precision or accuracy. One batch can consist of several packets that are very different in composition. Testing by authorities in the US after several people died found external agents such as faeces, rat poison and dangerous opioids.

As far as recreational use goes, the cannabis plant’s ability to intoxicate with THC is balanced, to some extent, by CBD’s ability to relax and prevent temporary paranoia. Creating a useful synthetic THC-only product is possible in a GMP laboratory, but comes with risks.

All medicinal cannabis products get you high

This simply is not true and is a remnant of the scaremongering once used by anti-cannabis advocates. Thankfully, greater public education has been undertaken in most countries legalising medicinal cannabis and people are more aware that it is the THC cannabinoid that has psychoactive properties and not most other cannabinoids such as CBD. The increasing number of products with CBD in them are becoming popular, particularly because they do not have any psychoactive properties.

Edible forms of cannabis can come in the form of lollipops, baked goods, chocolates and other sweets. This gives some people the impression that they contain low doses of THC. In fact, cannabis oil as a concentrate is used in edibles and can lead to products with high doses of THC.

This means that care must be taken in the production process to ensure the concentrate is evenly distributed and tested. Otherwise, it may lead to very high dose products that can cause adverse reactions. Furthermore, edibles take much longer to be absorbed into the bloodstream, which can lead to some people assuming the product hasn’t worked and then opting to consume a second edible before the first takes effect.

Having two strong doses of THC in the body can, in some cases, lead to adverse reactions such as a sudden drop of blood pressure, vomiting and panic attacks. Caution should be exercised with edible cannabis products. Always read the label to ascertain the THC content before consuming.

This is another misconception about recreational cannabis use which is based on variable, and often unreliable, statistics. It should be noted that the risks of developing a cannabis use disorder for medicinal cannabis are minimal. Dose titration and regular consultations with a health professional ensure a patient is taking only what they need for their condition and THC levels are often lower than those found in recreational use cannabis, with a few exceptions. Given cannabis’ safe history of use compared with opioids, the risks of adverse outcomes related to addiction are unlikely.

Cannabis is a gateway drug

Cannabis is the most widely used, and most widely available, illicit drug in the world. Therefore, it is not uncommon for it to be the first drug used by many; although many cannabis users would have tried nicotine and/or alcohol first. It is logical that those who want to consume other drugs have tried cannabis first; however, this does not mean they are causally linked. In fact, there are more people that try cannabis and stop further drug consumption than those who go on to other drugs such as cocaine, MDMA and heroin.

Correlation does not equal causation. The propensity and willingness to try drugs means that those who go on to other drugs of addiction after cannabis would have tried those drugs earlier if they were available. The small percentage of hard drug users compared to the substantially higher percentage of cannabis users supports the claim cannabis is not a gateway drug.4

Evidence is also emerging of the utility of CBD and low dose THC in drug rehabilitation, with several trials underway. Indeed, many patients have moved on to medicinal cannabis after enduring many years of opioid use and sometimes opioid addiction. The safe history of use makes medicinal cannabis an ideal transition away from dangerous opioids.

Other myths and misconceptions

You can beat a cannabis drug test

The internet has many popular tales of how to beat a drug test. Apart from swapping urine samples there is no way to beat a urine test without raising the suspicion of testers.

Drug tests look for THC levels only and no other cannabinoids such as cannabidiol. THC binds to fat cells in the body and therefore takes longer to exit the body than other hard drugs such as cocaine, heroin and methamphetamine. There is no specific rule to follow when predicting how long THC will stay in your body and everyone is different. Variable factors include how often THC has been consumed (medicinal or recreational), its concentration, the amount of body fat a person has and their lifestyle habits, and the type of drug test being conducted.

There is no known method of beating a urine test without raising suspicion. Drinking excess water or other liquids to dilute a sample is easily detected and the myth of exercising immediately before a test will only serve to increase the level of THC circulating in the blood stream as the body’s metabolism works to release THC from fat cells during intense exercise. Money spent on kits to beat drug tests is wasted because analytical laboratories now test for dilution and other agents.

Misconceptions about the difference between hemp and cannabis

There are many common misconceptions about hemp and its relationship to cannabis. These include:

These statements are all incorrect. Hemp is a cannabis sativa cultivar. Therefore, hemp is a cannabis plant. The only difference is that hemp contains very minor traces of THC (generally well below 1% THC).

Hemp and cannabis plants can be male or female. The big difference is that only female cannabis plants are used to extract cannabinoids from the flower (for medicinal or recreational use), whereas both male and female hemp plants are used for foods and industrial use, depending on what is to be produced. Hemp fibre is used for industrial purposes and its seeds are used in food products.

Please note: I am not a cannabis user myself. I was born with a condition that means by body produces high levels of endocannabinoids (naturally produced by my body) as well as the endorphins serotonin, dopamine and oxytocin. I have, however worked in the field of plant based medicines since 1998, and Chair Standards Groups for the Cannabis Industry in both Australia and the UK.I am the founder and CEO of LeafCann Group, a fully licensed Australian Medicinal Cannabis company.

Posted by Elisabetta L Faenza at 9:14 AM