Coming to a supermarket near you - legal hemp food products? 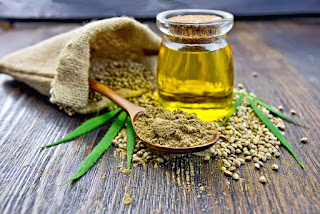 Food Standards Australia New Zealand (FSANZ) has approved Proposal P1042 to legalise Low-THC Hemp as a Food in Australia and New Zealand, and now awaits the results of a study on the effects on roadside drug testing, due late April. Health Ministers in Australia and New Zealand then have 60 days to notify FSANZ whether they intend to ask it to review its decision or not, and will meet on April 28th to consider their decision.
Should the Australian Government accept the recommendation, foods made from hemp seed or hemp oil will be legal for human consumption and sale in Australia. Long considered a super-food, hemp oil can be processed to make a protein rich flour and used as a substitute for wheat products.
However, recent announcements in the media about the creation of a Hemp Hub in Geelong, Victoria and millions of dollars of investment by the sector into equipment and facilities may be premature, as representatives of the Office of Drug Control (ODC) and TGA recently commented in a public meeting that until the UN signals its approval of Low THC, high CBD Hemp Foods, they will remain prohibited here.
Australia has an obligation as a signatory to the Single Convention on Narcotic Drugs 1961  & 1972, to not move in advance of changes to this schedule. Hemp is part of the Cannabis family of plants and therefore every part of the plant is covered by the convention (except for industrial or horticultural use). The difficulty comes when low THC Hemp is touted as significantly different to low THC Cannabis, which it is not. Hemp is the term used to describe the sub-species of cannabis used for industrial purposes, generally a taller and more fibrous plant. To produce the proposed hemp foods a shorter version of the plant would be bred, higher in CBD oils, which is exactly the same as low THC Medicinal Cannabis.
Consumption of any part of the plant as a medicine is permitted under the same stringent licensing conditions that were announced in Australia in February 2016 for Medicinal Cannabis. Furthermore the total amount of hemp foods produced made from extracted oils would have to be included in Australia's Annual Narcotics Estimates to the UN.

The obligation of a signatory include the following:

"Article 36 PENAL PROVISIONS 1. a) Subject to its constitutional limitations, each Party shall adopt such measures as will ensure that cultivation, production, manufacture, extraction, preparation, possession, offering, offering for sale, distribution, purchase, sale, delivery on any terms whatsoever, brokerage, dispatch, dispatch in transit, transport, exportation of drugs contrary to the provisions of this Convention, and any other action which in the opinion of such Party may be contrary to the provisions of this Conventions shall be punishable offences when committed intentionally, and that serious offences shall be lable to adequate punishment particularly by imprisonment or other penalties of deprivation of liberty."

In other words, because hemp flour is made from high CBD, low THC hemp oil, and touted as a super-food with health benefits, it is technically a Cannabis Medicine and therefore regulated by the Office of Drug Control. Legalising Hemp Foods in advance of the UN could put Australia into direct contravention of our international obligations, causing the loss of our status as a complying signatory. This could lead to a delinquency notice from the UN, and the destruction of Australia's massive potential as an exporter of Medicinal Cannabis products and hemp products to complying signatory countries.

The Hemp Foods lobby can't have its cake and eat it too, claiming health benefits from its CBD flour but avoiding the compliance standards and regulation required of Cannabis Medicines.

Will the Single Convention be updated to allow Hemp Foods some time soon?

Probably, but until then the Australian Government needs to tread with caution, and industry needs to look at the big picture for a sustainable Cannabis and Hemp Food sector, and not short-term gains by circumventing legislation.

Why all the fuss about Hemp Foods?

While sourcing Omega 6 and Omega 3 rich oils from marine sources has serious environmental consequences, including the risk of heavy metal contamination, hemp is a vegan friendly, environmentally acceptable and ethical alternative to fish-oil and krill oil. High in insoluble fibre, hemp oil is also a good source of tocopherols and essential minerals.

The 9 remarkable dietary and skincare properties of hemp oil

With the imminent legalization of hemp as a legal food in Australia, and its touting as a super-food. Here are 9 reported properties of hemp, when used as a food or for skincare:
1.     Fact #1: Hemp Oil may help maintain hormonal balance: Hemp is the only edible seed that contains gamma-linolenic acid, which is eventually converted to the protective hormone prostaglandin PGE1 that regulates hormonal balance and supports menopausal health.
2.     Fact #2: Hemp Oil may regenerate and energise the skin’s protective layer: Due to its high content of omega 3 and omega 6 fatty acids, hemp oil has a composition similar to skin lipids, which makes it an excellent natural emollient and moisturizer. It is especially useful for dry, tired or dehydrated skin and nails. Hemp oil increases the skin’s elasticity and the water retention capacity of tissues. Pure hemp oil can be used to treat dry hair and is often included in vegan hair conditioners.
3.     Hemp Oil is vegetarian and vegan friendly: Getting the right balance of omega-3 and omega-6 fatty acids can be tricky for vegetarians and vegans. Hemp oil naturally has the optimal ratio of these acids, is plant based and a renewable crop that conditions soil.
4.     Hemp Oil may lower cholesterol: The only vegetable oil to contain omega-3 and omega-6 fatty acids in the right ratio (3:1), hemp oil may help lower cholesterol levels by accelerating metabolic processes. With a faster metabolism, fats burn at a quicker rate preventing them from forming plaques on artery walls.
5.     Hemp Oil may benefit diabetics: Due to its low glycaemic index, hemp oil can be a great food additive for diabetics. The nutrients present may help moderate blood sugar levels.
6.     Hemp Oil may help prevent psoriasis: Psoriasis has been associated with a deficiency of omega-6 fatty acids in the body. The fatty acids present in hemp oil may help improve skin oxygenation and hydration.
7.     Hemp Oil can boost your immunity: Omega-3 and omega-6 fatty acids improve immunity while regulating intestinal flora, thus building a natural barrier against microbes and increasing digestive and immune resilience.
8.     Hemp Oil may prevent demyelination of the nervous system: Essential fatty acids are necessary for a healthy cell membrane structure. They also prevent the demyelination, the destruction of the myelin sheath (a membrane that protects the nerve cells). Hemp oil is high in essential fatty acids.
9.     Hemp Oil may prevent varicose veins: Like other compounds high in omega-3s, hemp oil thins the blood, reducing blood clots and varicose veins.